Close
Ask me anything. Email me

Be the Person: Impact. Mentor. Make a Difference.

It amazes me how much of an impact just one person can have on your life, yet you find that person thanking you for what you have done for them. When I think about mentoring, my mind immediately goes to one of my first professional experiences in higher education. This was a point where I wasn’t sure if I chose the right job or if I was having the impact I thought I would through my career choice.

I remember meeting a student during one of my first few weeks on campus. He was new himself, a first-generation college student coming from Florida to Iowa, and planning to be a college athlete (a football player). I could sense the energy and passion of this student and just knew he was going to make a difference on campus. Well, turns out people can be a lot of talk. This student had the potential but needed regular conversations and engagements to push him to be more and do more. He had to be shown that others were really looking to him as an example and when that example wasn’t living up to his potential, others were failing to make an effort as well.

Fast forward a few years, I was leaving the college for a new opportunity. The hardest part was leaving the people, the students specifically who had impacted me so much over my time. This student came to my going away party, but what really stood out to me was what happened on my car ride to my new destination. Suddenly, my phone dinged with a text message. The message in a nutshell expressed a heartfelt message from this same student, thanking me for being a person who believed in him when no one else would, for taking a chance and challenging him, being his person since day one.

Now, I’m not an emotional person, but this one text message had such a profound impact on me because how often does someone take the 30 seconds to send a message that powerful. So powerful in fact, I was questioning if I made the right decision by taking a different job, simply because I wasn’t sure if I could have that kind of impact on a different student population. This was a place where it felt like students really needed someone to champion for them, be there for them, and help them make their mark. I had no idea that my challenging attitudinal approach was just what was needed. That student probably had no idea the impact they had on me, in addition to the impact they believed I had on them.

It works both ways. We need to find those people who need the support, the extra late-night conversation, and the presence in their lives. Sometimes just showing up is what mentoring looks like. Sometimes we don’t realize we are exactly what someone needs in a specific moment. People are always watching, learning, and growing based on our actions as leaders. Be that person.

At the same institution, I had a completely different kind of connecting experience with a student. The student came in with a chip on his shoulder, never having set foot in Iowa from California, complaining about the small town we were in and how sushi wasn’t an option, and the only reason they were at the college was to play baseball.

So, in my not so subtle way, I called the student out, explaining the impact he was having on the rest of the new students. I’m pretty sure in that moment he didn’t know what to do, nor did I for that matter. I had just called out a new student in front of his peers…yikes! To my surprise, he stayed behind and apologized. He also came to my office nearly every day for the rest of his college career, and I was one of the first to see photos of his daughter when she was born. Clearly, the fact that this stands out so vividly, the experience impacted me, sending the message that I could be confident in my approaches as a young professional, though keeping in mind it’s not likely to work with everyone. The results of his coming to see me regularly, eventually working for me, and being involved on campus shows the impact I had on him in those early moments.

I share these stories to show you that mentoring, connecting, relationships are a process and there is not one way that one person can impact another. It doesn’t always take a large gesture to show we noticed someone or that we care. We all need different things, approaches, and people in our lives to guide us, call us on our crap, or nurture us.

How are your actions or words impacting someone else?

Who are you being the person for right now?

Who should you reach out to and express the impact they have had on you?

Another experience that comes to mind is during a conference called Be The Person. This gathering offered many experiences for us to have an impact and others to have an impact on the participants during our time in downtown Chicago. Two specific situations stand out to me to this day.

The first challenge was a list of challenges to do throughout the city to sort of give us a walking tour, learning about the people and community. One of the pieces from the list that stood out was we were to sit down with someone who was homeless and listen to their story and circumstances, just be a friend willing to listen. Way beyond my comfort zone but looking back and recognizing the message of connection and impact was there. The conference participants all shared the experiences of these conversations, recognizing these were people just like us, one’s we just never took time to get to know as we passed them on the street. We never took time to listen and understand the story they had to tell. I get goosebumps thinking about this experience because I can now recognize we were “the person” for someone that day…even if it was for just a few minutes. In turn, they were “the person” for us because it caused us to pause and reflect on humanity and what it means to make a small difference for someone.

The second challenge was to pick up the phone and call someone who had an impact on your life and you had never expressed that to. Who knew picking up that phone could be so hard…waiting for someone to answer as you awkwardly consider in your head what they had done to make a difference in your life and how you were going to word vomit that to them. Even more stressful if they didn’t answer after you had worked up the nerve to call, as you had to quickly decide if you simply let them wonder why you are calling because they saw your name flash on the screen or if you leave a rambling message. Well, I got the courage to leave the rambling message.

“This is Ashley Lang, I’m not sure if you remember me, but we met at UIFI (literally only a few days spent together with this professional with the purpose to facilitate and mentor students). I just want to let you know that the way you present yourself as a leader, connect with others, etc. etc. is something I really admire and has had a profound impact on how I operate. Thank you for being you!”

Click. I hang up and think….what the hell did I just say to a person I literally met for only a few days?! I moved on to the couple of other people I felt compelled to call. I went back to my session feeling awkward yet good that I expressed my thoughts to the people I did. Hours later, I came back to a voicemail in response to the one I had left. That same person, letting me know how much I stood out to them as a leader, and they left our mutual interaction with similar thoughts to how I felt about them. Wow! That was so powerful to me, but I likely would have never gotten a call like that, had I not chosen to go beyond my comfort zone and express it first.

I challenge you to reach out to someone who has had an impact on your life as a formal or informal mentor. Let them know they are or were your person during a specific point in your life. Be that person for someone else! By putting your best self out there day after day, you never know how your actions or words are impacting someone in proximity. I am fully aware reaching out and showing gratitude is not something I am good at, clearly why I seem so awkward in my examples, so I asked a former student to share a message about the impact of mentors throughout his life…in case you don’t pick up on it, he is the first example, the Florida student athlete.

1. Yᴏᴜ ᴀʀᴇ ᴀᴘᴘʀᴇᴄɪᴀᴛᴇᴅ: In regard to expressing our thank you to those who have done good by us, historically they tend to happen to late! So, I want to be sure that all of the leaders I encountered during my key developmental stages and are responsible for who I’ve become as a leader know that I appreciate them. From 10 years of age to 21 years of age I was one of the orneriest youth around, even with these those key leaders who I think about why crafting this message never gave up on me, and for that exclusively I appreciate them. In a world where it is easy to wash your hands of someone after the first sign of lack of commitment, unwillingness to produce, or simply not wanting to be better I was afforded with individuals who saw who I could become and worked diligently to pull it out of me, and for that I am thankful!

2. Tʜᴇ ᴘᴏᴡᴇʀ ᴏғ ɪᴍᴘᴀᴄᴛ ɪs ᴜɴᴅᴇɴɪᴀʙʟʏ ᴘᴏᴡᴇʀғᴜʟ: Whether it be positive or negative, the power of impact a leader can have on someone’s life is undeniable. Gratefully, leaders that I’ve opted to follow and model myself after their impact of my life has been undeniably powerful in many positive ways. To the leaders that have impacted me, I want to thank you for the positively doing so. Although many times, you were doing what your job description laid out for you, I am appreciative of your unselfishness to show unwavering support, challenge me when needed and your knack to always encourage me to make my next move my best move and to be sure I’m putting my best foot forward.

If you have someone in your life who you haven’t been able to thank for the positive impact(s) they’ve had on your life, I encourage you to do so. Let those leaders know how their dedication and commitment led to them Mᴀᴋɪɴɢ ᴛʜᴇɪʀ ᴍᴀʀᴋ ᴏɴ ʏᴏᴜʀ ʟɪғᴇ, ᴡʜɪʟᴇ ᴛᴇᴀᴄʜɪɴɢ ʏᴏᴜ ʜᴏᴡ ᴛᴏ ᴍᴀᴋᴇ ʏᴏᴜʀ ᴏᴡɴ.

One of the greatest compliments in life is seeing the fruits of your labor; even if you didn’t know those other duties as assigned would mean leaving an impression on the next generation of leaders.

A special thank you to Jamarco Clark, one of my first students as a higher education professional, and now a higher education professional himself, who agreed to share his experience on mentoring. He does an amazing job of letting people know how they’ve helped him and the impact they’ve made. I know he is now impacting students in the way he believes others impacted him, and I am proud of the man he has become! 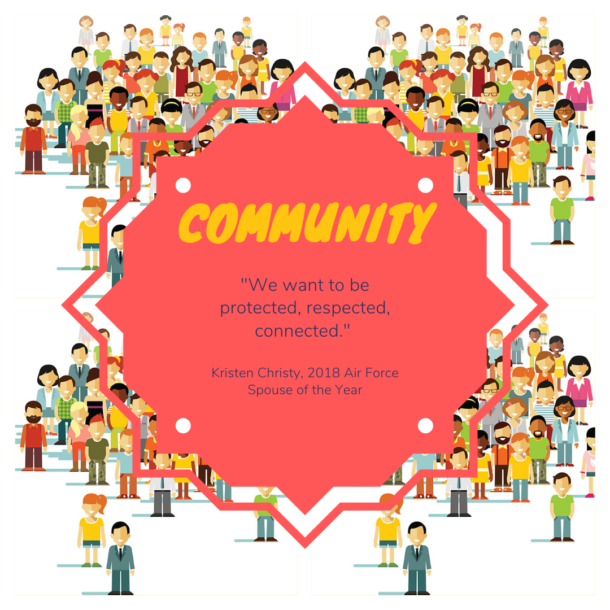 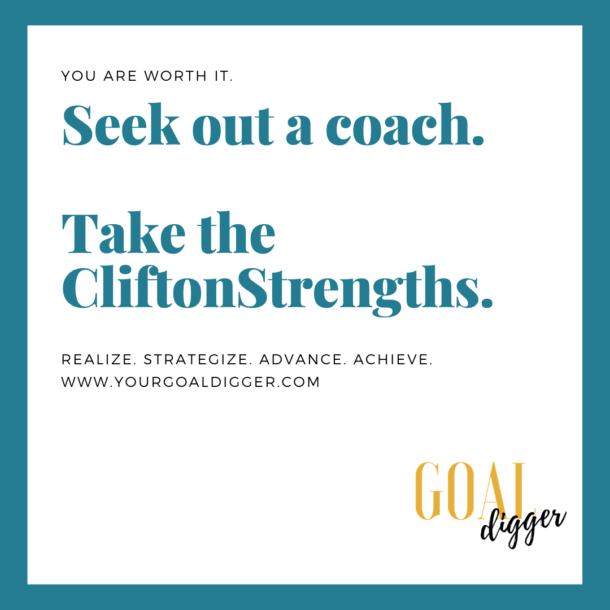