Close
Ask me anything. Email me

This is not necessarily a word I take much note of in my daily life, but for some reason yesterday and a few days prior, it kept coming into my life.

I started playing a kind of choose your own adventure book on my phone a couple days ago. I had played it before but picked it back up one evening because I saw there was a new book in the series I had started. In the story the couple had a baby and you can choose the name supplied or decide to create your own. Normally I choose to create my own in the story but for some reason, whether it was laziness or a sort of being drawn to it, I selected their name, Hope. They chose the name because they were trapped in a building when the woman was in labor and there were complications getting the doctor inside until the last possible second. I thought nothing of this until the next two scenarios where HOPE appeared in my life.

Last week I had a routine mammogram. I received a phone call a few days later saying they wanted me to come back in because they noticed something different than was on a scan from the previous year. The panic and fear set in quickly and millions of things go through your head as you wait, almost a week, for the follow up. It feels as though that wait is some sort of punishment for something, though you are unsure what. The day arrived and I went in for my new set of “pictures.” The space you wait in before the exam screams bubble gum pink, making it feel happy and supportive. You then go into a room to change into a pink gown and lock up your things. Soon you are led to the boob crushing machine where a nurse pushes and pulls on your breast until it is situated just right. I was then led into a smaller waiting room while the doctor reviewed the images. The bench I sat on was directly across from the TV with some show with Ozzy and his son Jack but that is not what kept my attention. It was the word HOPE in bright bubblegum colored letters. I kind of giggled to myself as it was the second encounter with this word glaring at me over a couple of days.

We all want to believe in something and that is what hope is about, right? Belief that something good will come of whatever you are going through. I didn’t realize until that moment how powerful that one word could be as I processed what life might look like in a few short minutes with the doctor’s results of my images. My thoughts were interrupted by a nurse, again in bubblegum pink, popping in to say I needed an ultrasound of my left breast. ~deep breath~ Ok, another bit to be in my own head and stare at that word. I made the mistake of trying to distract myself by looking around the room…to my right was a sign that said SURVIVOR. Yikes! I didn’t want to think about having to “survive” something, especially with a 6-year-old daughter, husband, and other family. I knew I would have the support and the will to overcome whatever results were given but some things in life are beyond your control.

Eventually, my thoughts were interrupted again to get the ultrasound. A friendly, upbeat nurse in that special pink was chatty, likely trying to calm my anxiety I suspect could be seen through my protective mask. She shrugged it off as, well usually these things are nothing to worry about, etc. She was trying to give me that glimmer of hope and all I could think was, gosh, this lady shouldn’t be giving people false hope. Ultimately, the doctor came in and explained that what they saw were cysts and while I have a higher chance than the average woman of breast cancer, there were no signs of that today…HOPE!

QPR stands for Question, Persuade, Refer and is one form of suicide prevention training. I have been through trainings like this before and found them beneficial to my career and helping others in life. I decided since it was being offered in the space I typically work out of I might as well attend. One of the first things that came up on the slides the speaker shared was to help the person with suicidal thoughts to find HOPE, give them that sense of HOPE through some kind of positive action.

Clearly the world was trying to tell me something yesterday. Am I too much of a pessimist and always see the potential risks or negative aspects? Perhaps. We all have our own struggles, but we have to believe there is more in the world for us, whether that is us believing and providing ourselves hope or doing that for someone else. Choose your words carefully because they can have a huge impact on someone’s day or life. Figure out what fuels your fire and passion so you have hope that things will be better, whatever that might mean. The world is at a very strange place right now and one of the things we must hold on to is HOPE! 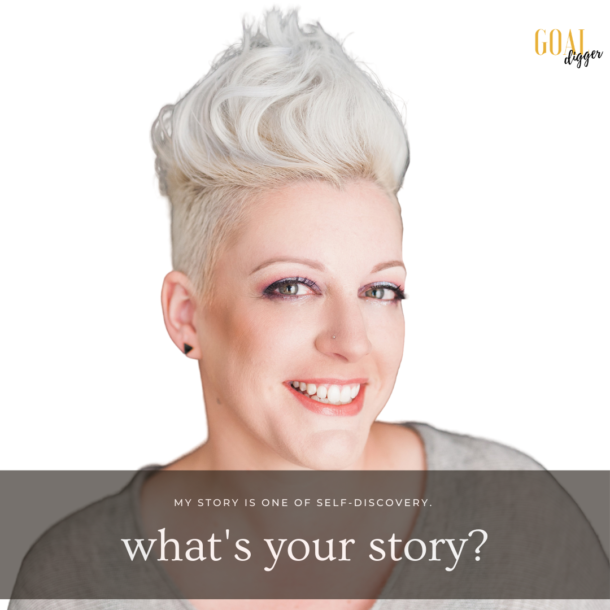 A Story of Self-Discovery
Previous Article